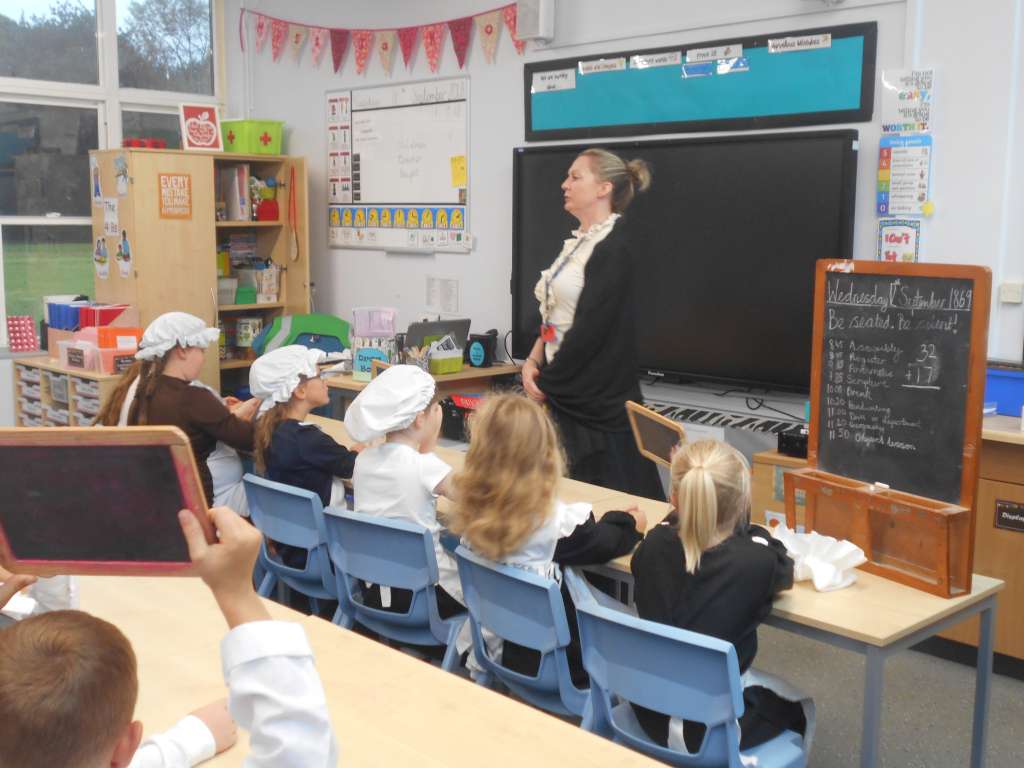 Early in September, Year 4 discovered exactly what it was like to be a school child in Victorian times by immersing themselves in a morning at Victorian school!

After paying their penny for the day’s schooling, the children were made to line up in the hall in absolute silence for an assembly from a rather foreboding headmaster! Following some hymns and a hand inspection by their teachers, the children were marched back to their classrooms to participate in a strict timetable of lessons including scripture, drill, deportment and the 3 Rs – Reading, Writing and Arithmetic! Anyone who failed to make the grade was pulled out in front of the class and made to wear the dunce’s hat. Any giggling or any other kind of insubordination was swiftly dealt with by 5 lashings of the cane! (Luckily it was only role-play!) After a lesson spent learning about the British Empire, the morning was rounded off with a traditional ‘object lesson’ where the children recited information and facts about the ‘fascinating’ object their teachers had brought in – a humble potato!

By the end of the morning, the children were relieved to be whisked 'back to the future' and could reflect well on how schools have evolved over time and could give heart-felt answers to the question: Would you want to be a Victorian schoolchild?